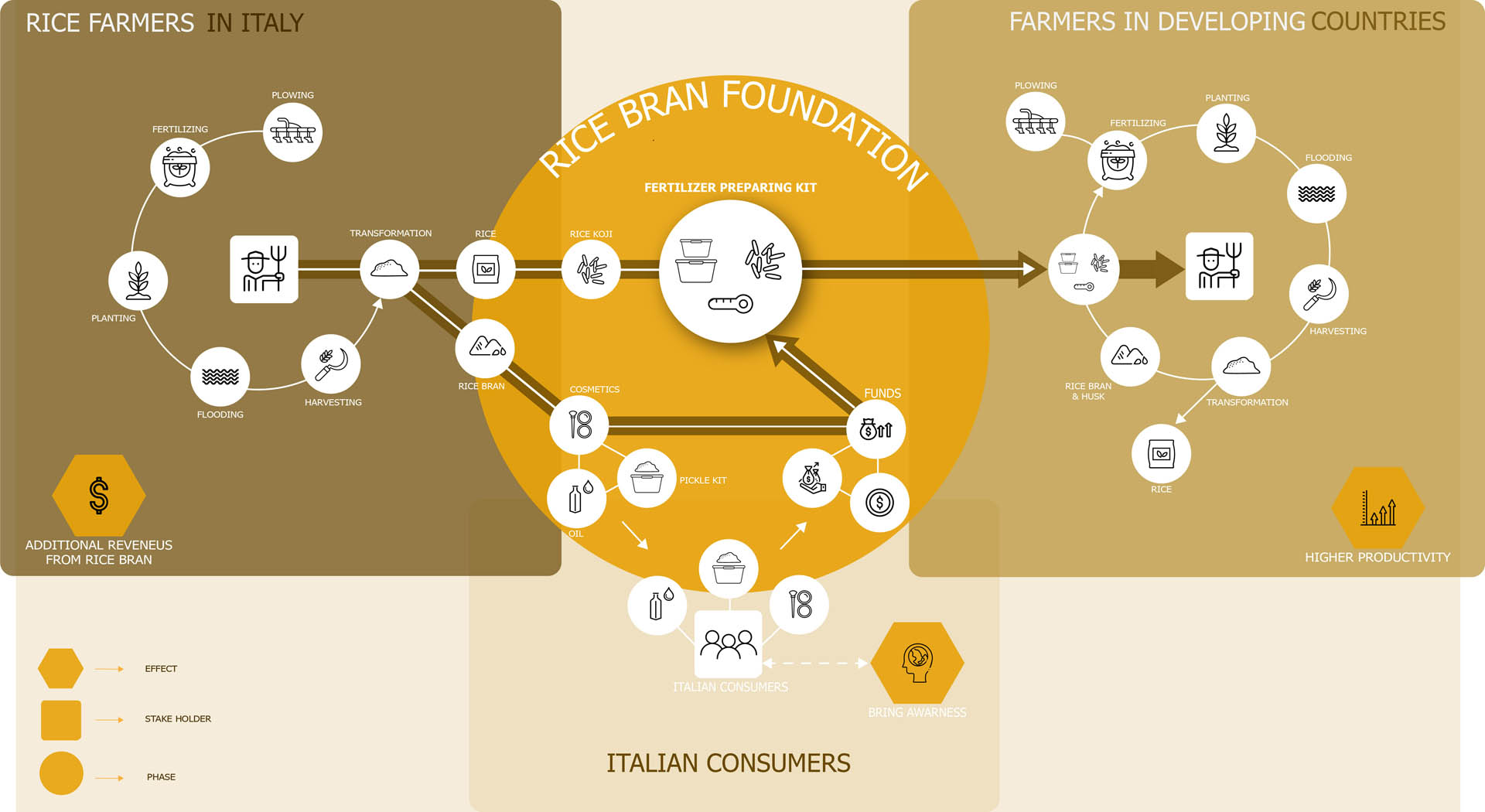 The Rice Bran Foundation is a program that creates economic value from rice bran that would otherwise be discarded in Italy and converts the proceeds into fertilizer making kits that can be used in developing countries for distribution.

According to IRRI (International Rice Research Institute), rice is a very important crop in the fight against hunger and is a staple food for 3 billion people worldwide. Data suggests that climate changes in many developing countries creates soil which is poor in nutrition, leading to a decrease in productivity.

When rice is processed into white rice, nearly 10% of its weight is refined as rice bran, a byproduct. Rice bran has a high nutritive value. Besides proteins, rice bran is an excellent source of vitamins B and E. Bran also contains small amounts of anti-oxidants, which are considered to lower cholesterol in humans. However, In both developed and developing countries, rice bran is discarded. In fact, we have noticed that even in Italy, which is responsible for more than 50% of the rice production in the EU, rice bran is discarded. In developing countries, there is also the problem of insufficient investment in rice milling machinery and the lack of a clean separation between rice bran and rice husks.

In Japan, this rice bran has been used for various purposes. For example, rice bran is a rich source of nutrients and can be converted into a very good fertilizer by fermentation, because it increases the bacteria and fungus in the soil when used. Various studies have shown that productivity can be increased by using fermented rice bran as a fertilizer in rice cultivation. In addition to fertilizers, rice bran can be converted into fermented foods, cosmetics, oil, and other products that generate a variety of economic value, and thus present a great opportunity.

In this program, we will contribute to the fight against global hunger through the following four steps:

This program will fight hunger by enabling rice farmers to create their own organic fertilizer, helping them to have higher productivity and bringing climate resilience into their soil and rice production. Consequently raising awareness in Italian consumers regarding the situation of farmers in developing countries.