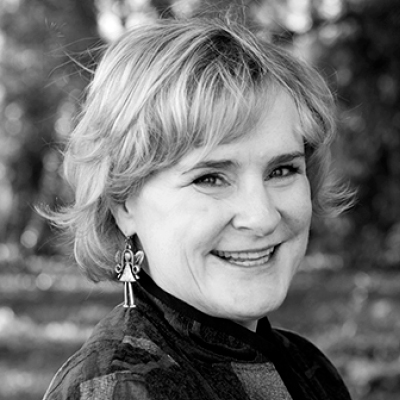 Clare Shine was appointed Vice President and Chief Program Officer of Salzburg Global Seminar in 2012. She is responsible for multi-year program strategy, design, partnerships and implementation in Salzburg and around the world; next-generation leadership development; communications and marketing; and the Salzburg Global Fellowship which straddles nearly 170 countries.

Prior to joining Salzburg Global, Clare worked from 1990-2011 as an independent environmental lawyer and policy expert for intergovernmental organizations, national governments, the private sector and NGOs. Her work and publications focused on biodiversity and sustainable development, climate change, international trade, global and cross-border governance and cooperation, coastal and oceans policy, and conflict transformation.

She has played an influential role in global biosecurity and biodiversity policy development, working as legal adviser to the World Bank, European Union, Council of Europe and African governments, and led environmental capacity-building projects across four continents. Clare is a UK-qualified barrister, an Associate of the Institute for European Environmental Policy, a member of the IUCN Commission on Environmental Law, and a bilingual French speaker and professional facilitator. She began her career in industry, working in the media and publishing sector with responsibility for marketing and new ventures.

Clare is also a professional journalist who was the Financial Times’ theater critic in France from 2001–2011. She holds an M.A. in English literature from Oxford University, UK and post-graduate degrees from London University and the Sorbonne University, Paris, France.