Bioplastic made from the agave plant fiber 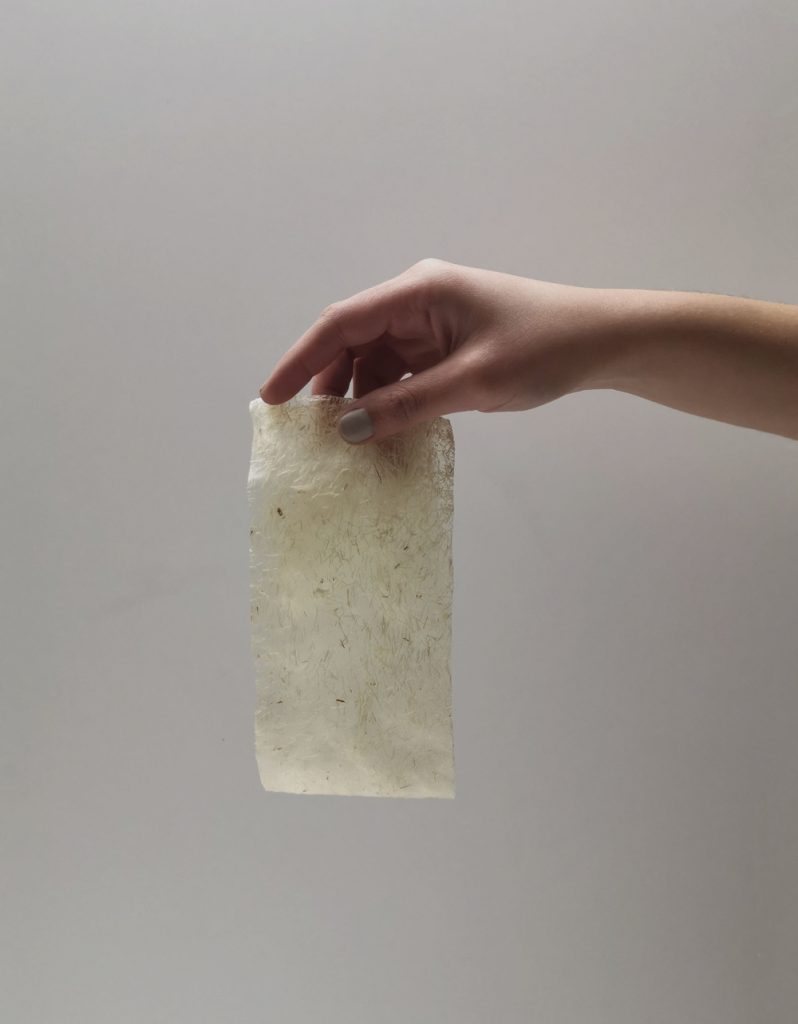 This thin but resistant bioplastic made from the agave plant fiber, which is the main waste element of the Tequila industry, aims to make a positive change in the plastic and fashion industry. Not only because it’s a new sustainable material, but also by creating conscience about the massive consumption issue in the textile world.

This bioplastic is characterized by its strength, its flexibility and its 100% natural and biodegradable composition. The thin agave fiber film is capable of being molded, sewn and even screen printed, being a potential element for the textile industry.

The excessive consumption of single-use plastics is no secret. Only in Mexico, there is a production of more than 300 million tons of plastics each year, of which just 3% is being recycled. As a desperate measure, the government of Mexico City applied a new law on January 1, 2020, which prohibits the commercialization, distribution and delivery of plastic bags in any type of trade. As we have only a few alternatives to plastic, my project proposes to look for this alternative in the agave plant, which is used massively for the production of Tequila. This multi-million-dollar industry produces almost 96 million liters annually, leaving 289 million tons of bagasse, of which 30% is discarded.

This material, which is only perceived as waste, is the perfect bonding component to create as thin but resistant layer of bioplastic, similar to PVC. Therefore, I chose to focus on its possible use in the textile industry, aiming to reduce the consumption of single-use plastic bags through a fusion of fashion and everyday plastic use. Still, the goal of the project is not only to reduce, but also to raise awareness among consumers encouraging a dialogue between the consumed products and a sustainable idea of fashion.